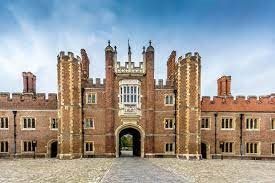 The Hampton Court Concours of Elegance 2022

This year’s 10th anniversary Concours of Elegance to be held at Hampton Court Palace will include an amazing display of rare and significant Ferraris celebrating the marque’s 75th birthday. This is bound to be the most impressive group of Ferraris ever assembled in the UK. A major highlight will be the legendary and beautiful Ferrari 250 GTO. This amazing car launched in 1962, of which only 36 were built, is widely regarded as the ultimate collector’s car.

There will be the usual stunning display of some of the finest classic and prestige cars in the world for all to see and drool over. One particularly interesting and famous car to see at the event will be the Prince of Wales’s Aston Martin DB6 Volante, unveiled at the 1966 London Motor Show, which has been maintained in superb original condition.

Winners are always popular, and on display will be previous Best in Show winners returning to Hampton Court, together with a different type of winning car being the 1969 Porsche 917KH that was driven to victory at the 1970 Le Mans race by Hans Herrmann and Richard Attwood.

Bringing things bang up to date will be another impressive display of the latest offerings from top manufacturers including Ferrari, Porsche, Bentley, Maserati and Morgan.