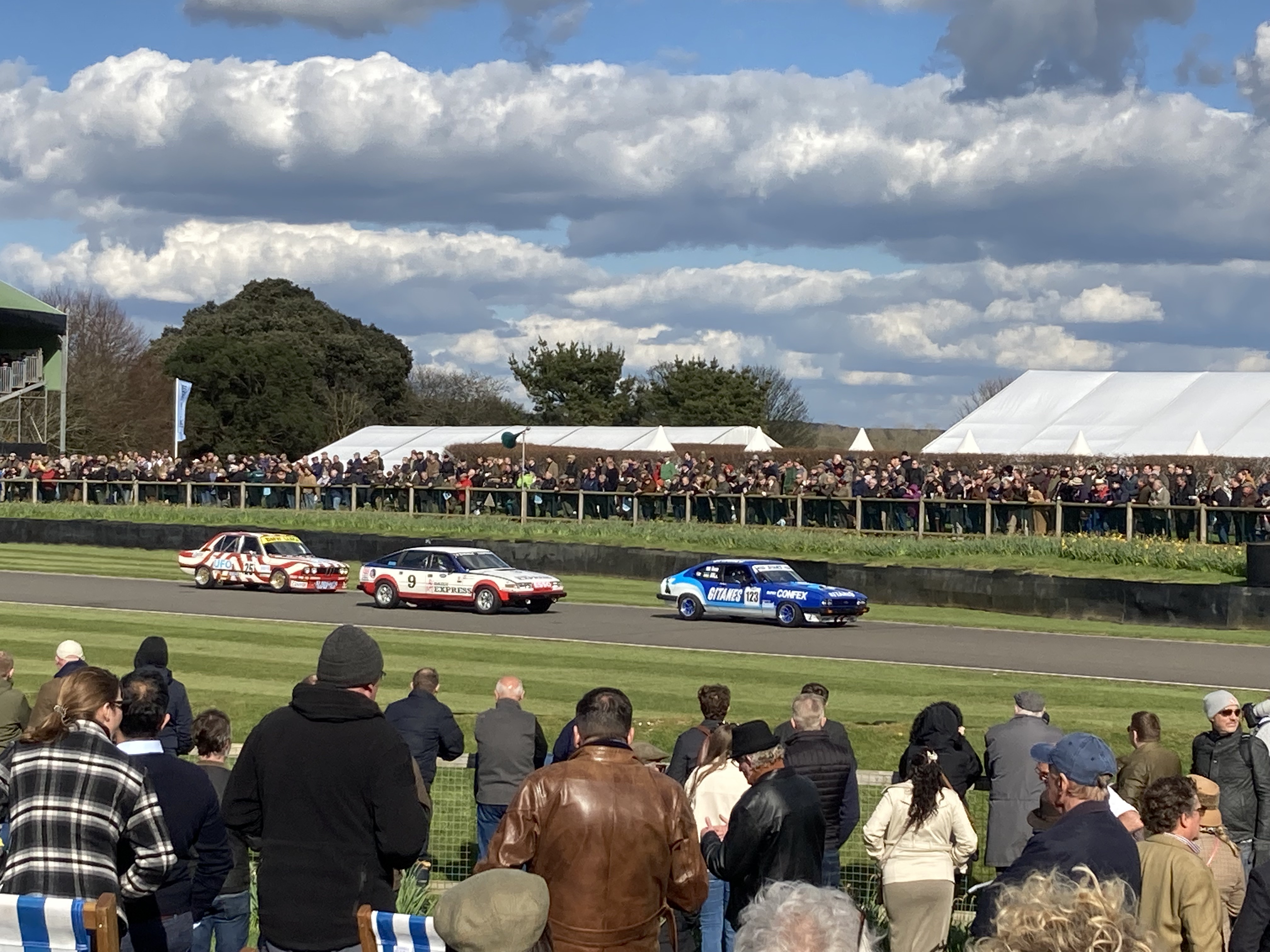 It was generally a bit chilly but bright weather for the 79th Members’ Meeting, and once again there was a spectacular collection of cars on show for the usual large crowd of enthusiasts to enjoy.

It’s impressive to see the variety and high levels of preparation of the cars that are taken to Goodwood, and to witness the skills and determination of the owners and drivers who race these precious vehicles. The racing is always fast and exciting, with frequent close proximity and overtaking. It’s never certain which car will emerge in the lead of a group each time they come around again to your viewing point.

Depending on personal choices and favourites, there were of course a number of highlights for all, but perhaps worthy of mention are the impressive display of Porsche 956 and 962s, and the Gerry Marshall Trophy with the growling 1970s Camaros and Mustangs alongside Rover SD1s and Capris, and the smaller Dolomite Sprints, Escorts and Minis. It was also nice to see a Vauxhall Magnum in this race!

Another privilege was to get up close with Gordon Murray’s amazing new T.33 car, and to be able to chat with the man himself.